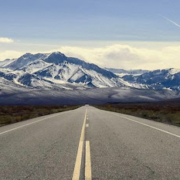 For an introductory overview, read “Welcome to the ‘Turbulent Twenties,’” which Turchin co-wrote with sociologist/historian Jack Goldstone; for a more in-depth treatment, dive into Turchin’s Ages of Discord, published in 2016.

As causes of unrest, the authors cite the behavior of elites over recent decades, who have been soaking up ever-larger shares of national wealth, starving the rest of society of the means to maintain infrastructure, educate children, and provide affordable health care. Further, many leaders are increasingly seeking to take advantage of existing divisions among the populace, thereby deepening political polarization and eroding trust in institutions.

‘A Climate Plan for a World in Flames‘, by Kim Stanley Robinson

Each moment in history has its own “structure of feeling”, as the cultural theorist Raymond Williams put it, which changes as new things happen.

When I write stories set in the next few decades, I try to imagine that shift in feeling, but it’s very hard to do because the present structure shapes even those kinds of speculations. Right now things feel massively entrenched, but also fragile. We can’t go on but we can’t change. Even though we are one species on one planet, there seems no chance of general agreement or global solidarity. The best that can be hoped for is a working political majority, reconstituted daily in the attempt to do the necessary things for ourselves and the generations to come.

It’s a tough challenge that will never go away. It’s easy to despair. Still, recently some things have happened that give me cause for hope. I wrote my novel The Ministry for the Future in 2019. That time surely torqued my vision because several important developments — ones I described in my novel as happening in the 2030s — I see now are already well begun. My timeline was completely off; events have accelerated yet again.

‘The climate refugees are coming. Countries and international law aren’t ready for them‘, by Omar EL Akkad

According to the United Nations High Commissioner for Refugees, more than 82 million people were displaced by conflict in 2020 – the highest number ever recorded. Yet as stunning as that figure is, it might come to be thought of in hindsight – like the current wildfires and droughts and floods – not as the terminus of some horrible trend, but the beginning. It is almost certain that, in the coming few decades, the world will see a mass displacement of human beings almost unmatched in modern history.

Depending on how high the seas rise, hundreds of millions of people who call a piece of coastland home might find it underwater. Huge swaths of the Middle East and Africa – already so sweltering that countries such as the United Arab Emirates are experimenting with electrically charged drones designed to shock clouds into producing rain – may soon become too hot for human habitation. Millions upon millions of people will be driven beyond the borders of their home countries by a crisis that has absolutely no concern for borders.

Full article: “The climate refugees are coming. Countries and international law aren’t ready for them“, by Omar El Akkad published by The Globe and Mail.

‘The Case For Optimism‘ by Kevin Kelly

Civilization depends on an implicit degree of general optimism. It is a collaborative exercise. Civilization amplifies and accumulates cooperation between strangers. If you expect that you can trust a stranger, that is optimism. If you expect to be cheated or hurt, that is pessimism. Societies that bring the most good to the most people require that people be trusted more than they are distrusted; that they expect more good than harm; they require that people, in general, have more hope than fear. Societies that have more pessimism than optimism tend not to prosper.

Full article: ‘The Case for Optimism‘, by Kevin Kelly, Warpnews.org.

‘Nature has ceased to trust us‘ by Steve Trent

“Nature has begun to deceive us, and some say that nature has ceased to trust us. Most of our old people say that we have always adapted, but the changes have always been gradual. Now the changes are happening too quickly, and we do not have time to adapt to them. What used to happen over decades can now happen within one or two years. Nature always loves balance. Therefore, [the old people] say we have lost the trust of nature. The way we dealt with her led to this.”

These are the words of Viacheslav Ivanovich Shadrin, chairman of the Yukaghir Elders, an ancient Indigenous population of Arctic Siberia who live in some of the most severe climates in the inhabited world.

Read full the article “Nature has ceased to trust us“, by Steve Trent, Ecologist.

‘A critical ocean system may be heading for collapse due to climate change‘, by Sarah Kaplan

And the apparent consequences of the Atlantic Meridional Overturning Circulation (AMOC) slowing are already being felt. A persistent “cold blob” in the ocean south of Greenland is thought to result from less warm water reaching that region.

The lagging Gulf Stream has caused exceptionally high sea-level rise along the U.S. East Coast. Key fisheries have been upended by the rapid temperature swings, and beloved species are struggling to cope with the changes. If the AMOC does completely shut down, the change would be irreversible in human lifetimes, Boers said. The “bi-stable” nature of the phenomenon means it will find new equilibrium in its “off” state. Turning it back on would require a shift in the climate far greater than the changes that triggered the shutdown.

Read the full article “A critical ocean system may be heading for collapse due to climate change”, by Sarah Kaplan, The Washington Post.

An estimated 270 million people are expected to face potentially life-threatening food shortages this year — compared to 150 million before the pandemic — according to analysis from the World Food Program, the anti-hunger agency of the United Nations. The number of people on the brink of famine, the most severe phase of a hunger crisis, jumped to 41 million people currently from 34 million last year, the analysis showed…. In South Africa, typically one of the most food-secure nations on the continent, hunger has rippled across the country. Over the past year, three devastating waves of the virus have taken tens of thousands of breadwinners — leaving families unable to buy food. Monthslong school closures eliminated the free lunches that fed around nine million students. A strict government lockdown last year shuttered informal food vendors in townships, forcing some of the country’s poorest residents to travel farther to buy groceries and shop at more expensive supermarkets.

Africa is now in the deadliest stage of its pandemic, and there is little prospect of relief in sight. The Delta variant is sweeping across the continent. Namibia and Tunisia are reporting more deaths per capita than any other country. Hospitals across the continent are filling up, oxygen supplies and medical workers are stretched thin and recorded deaths jumped 40 percent last week alone. But only about 1 percent of Africans have been fully vaccinated. And even the African Union’s modest goal of getting 20 percent of the population vaccinated by the end of 2021 seems out of reach.

We do not yet know how the movie ends. But Lewis, whose book is among the first wave of narrative accounts of the pandemic, is more interested in how it began. Believed to be the rich country best prepared for a pandemic, we ended up with almost a fifth of the world’s Covid deaths. Popular blame has centered, not undeservedly, on former President Donald Trump, who ignored his advisers’ warnings, publicly downplayed Covid’s dangers in the hopes of preserving his re-election chances and left states to fend for themselves. But Lewis has a different thesis. As one character puts it, “Trump was a comorbidity.” The rot ran deep through the American system of public health, and in particular the Centers for Disease Control and Prevention, once considered a crown jewel of American government.

‘U.S. Heat Is So Bad Farmers See a ‘Half Crop’ for Spring Wheat‘ by Kim Chipman

The harsh conditions will send yields for spring wheat in the state plunging to 29.1 bushels an acre this year, according to final assessment of estimates following the Wheat Quality Council’s crop tour. While that’s slightly higher than the most-recent estimate from the U.S. Department of Agriculture, it would still mean a drop of 41% from last year’s harvest. Spring wheat is highly prized worldwide for giving foods like pizza crust and bagels their chewiness. This season’s expected shortfall hits as neighboring Canada contends with extreme heat and dryness as well, putting those crops at risk. North American baking and milling companies may end up having to look overseas for imports. Some farmers, after battling shriveled crops and damaging grasshoppers, have already opted to bale up plants for hay or consider the entire field a loss.

“U.S. Heat Is So Bad Farmers See a ‘Half Crop’ for Spring Wheat”, by Kim Chipman, Bloomberg. 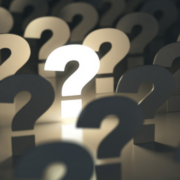 Two Questions Philanthropy Must Ask in This Urgent Moment 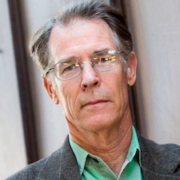 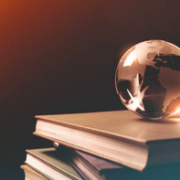 Resilience: Living beyond Fear with the Coronavirus 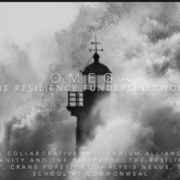 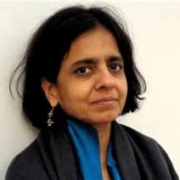