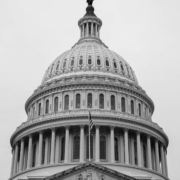 Philip Yun is a global thought leader bringing a unique set of perspectives to the polycrisis facing our world today. With over 35 years of leadership experience in security affairs, nuclear nonproliferation, diplomacy, Asia, international development, law, business, politics, and philanthropy, Philip would like to engage you in a discussion about the nature of the struggle ahead for democratic governance in the new world that is coming.

From 1994 to 2001, Yun was a senior policy advisor at the Bureau of East Asian and Pacific Affairs of the United States Department of State under President Bill Clinton and is well known for his work ininternational security policy particularly, but not limited to, East Asia and North Korea. Additional highlights of his career include vice president of The Asia Foundation, the executive director and chief operating officer of Ploughshares Fund, the largest US philanthropic organization focused exclusively on nuclear weapons, as well as stints in private equity/venture capital. Currently Yun serves as the President and CEO of the World Affairs Council of Northern California bringing with him an ambitious agenda for the education and engagement of civil society in the complex issues affecting global security and equity. Of particular interest is identifying governance systems designed for the uncertain and challenging future we face.

Yun has published commentaries extensively including in the Los Angeles Times, The National Interest, US News & World Report, and The Hill and made numerous appearances on television programs and networks, including CNN and Fox News.

Philip Yun is President and CEO of World Affairs. Previously, Mr. Yun was Executive Director and Chief Operating Officer of Ploughshares Fund. Prior to joining Ploughshares Fund, he was a vice president at The Asia Foundation (2005-2011), a Pantech Scholar in Korean Studies at the Shorenstein Asia Pacific Research Center at Stanford University (2004-2005)